To The Lab: How In-House Testing Steers Income To Your Practice

We all laughed at Casey, bright-eyed and eager, when we started our hike. He'd seemingly bought out an entire military surplus store in preparation, while we'd opted (through a heady combination of laziness and daring) to pack as little as possible. Most curiously was Casey's hand-pump micron water filter. Roughly the size of a cinder-block and forged from heavy metal, we snorted incredulously as he clipped the device to his pack, hiked up his shorts and started his journey, clattering like an old Buick.

However, hiking a 70 mile swatch of the Appalachian trail proved more treacherous than we'd imagined, and as the sweltering humidity of the Tennessee backwoods enveloped us, the need for water grew to maddening levels. The iodine tablets we'd packed tasted too strongly of paint, rendering anything we put them in practically undrinkable and our \"fool-proof\" method of boiling water to purify it took way too long. In a moment of parched desperation, we turned to Casey, sitting cross-legged on an old stump, patiently pumping ice-cold potable water into his canteen. Sheepishly, we approached him for help. \"Sure,\" he replied with a grin. \"I ought to charge you though.\" It occurred to me, there in the Appalachian wilderness, that Casey had taken the time to specialize, and despite the additional weight and effort his equipment entailed, he now had what we all wanted...and was poised to make a killing.

Similarly, in a changing medical landscape, physicians willing to specialize their practices are the ones who'll succeed. Though evolving technology and its subsequent improvements in patient patient care have brought substantial changes to the medical sector, an era of economic uncertainty and fiscal instability may wring just as prescient an effect. According to an article by Ben Brown, MD, reductions in Medicare contract payments (some as much as 21.3%) and physician reimbursements from insurers might result in critical decreases in physician salaries, medical profits and general revenue for a practice. What proves even more concerning for physicians and patients alike, is a present medical landscape of high healthcare costs, an ever-increasing need for healthcare options and diminishing resources. Furthermore, caring physicians want to be effective providers for their patients, but they also want the appreciation and financial compensation for their profession demands.

In this regard, many physicians, Urologists, Oncologists, Gastroenterologists and Dermatologists for example, have made conscious efforts to optimize their practices in an effort to generate other streams of ancillary income. One specializing measure has been opening in-office testing labs (POL's) directly at their office location. These labs, carefully stocked and equipped to run routine (but important) procedural tests, provide real life \"one stop shop\" scenarios for patients with busy schedules and limited funds, and can quickly develop into thriving profit centers for small practices...but before opening up a lab, let's talk some basics.

Physicians have a number of options when it comes to medical testing. The first, and least efficient, is for them to refer patients to a hospital or an off-site lab for their tests. This method, though convenient for practices with a high volume of appointments, generally proves inconvenient for the patient, who has to make a additional trips for a singular medical problem. Additionally, it yields a low (virtually non-existent) financial return for the physician.

Another \"off-site testing\" option for physicians is to take the samples in the office, and then send them to an off-site lab for analysis. Commercial Reference Labs (CRL), like Quest Diagnostics, Laboratory Corporation of America Holdings and Bio-Reference Medical Labs, have carved a space in physician circles as adept facilities that aid practices by doing the testing work for them. Still, the method is not without its downsides as it creates another process \"step\" for physicians who must take the test samples in-house, and then send them off-site before a further diagnosis can be made. Turn-around times increase as patients and physicians wait for their samples, shipping expenses must be considered and again, since Commercial Reference Labs are compensated for their lab work, financial returns for the  actual physician are low.

In the immediate sphere, these off-site methods may take stones from practices' proverbial backpack as they're \"freed up\" to see more patients, but in more pressing ways they're potentially yanking dollars from a practice's proverbial wallet.

A viable route for physicians is to run the testing themselves using products that have been specifically waived by the Clinical Laboratory Improvement Amendments (CLIA). Established in 1988, the CLIA sets standards and issues certifications for clinical laboratory testing, with an emphasis on ensuring accuracy, reliability and timeliness. Using CLIA waived products keeps the testing in-house, and can generate much-needed revenue for a physician by steering testing and procedural fees directly to the practice. However, testing done on CLIA waived products isn't always the most extensive and can be limited in scope.

In an efforts to generate additional income for their practice, and to creating an efficient and all-encompassing experience for their patients, physicians may be better advised not to stop simply at CLIA products, but to establish an entire CLIA certified lab in their office.

In his article Oncologists Advised to Build Their Own In-Office Clinical Labs Michael McBride cites an anecdote by Tim Dumas, a lab scientist and POL consultant, when he says \"someone's going to run and get paid for these tests. It might as well be you.\" In the article, Dumas references a three doctor Oncology practice in Raleigh North Carolina that generates an additional $400,000 annually with their own Physician office lab. He even predicts that a ten to twelve doctor practice can look at $7-800,000 a year in additional revenue if they implement such a facility.

Besides the extra cash flow, in-house Physician Office Labs usher in various benefits for small and mid-level practices. For one, waiting games and turn around time between specimen collection, analysis and patient follow up are diminished. Since tests don't need to be sent out, appointment is maximized and the practice becomes more beneficial both to the patient and to the physician.

Besides adopting the role of a pratice's lucrative profit center, Physician's office labs will help practices save money. Tim Dumas goes as far as to accuse practices of \"wasting revenue\" when they \"decide not to install their own Physician's office lab.\" He contends that a practice can save anywhere from $100,000 to $1 million (depending on the size) simply by the cut expenses that an in-house lab espouses.

That's not to say that establishing an in-house Physician's Office Lab doesn't have its own set of costs that a practice must take into account. For one, it will require a CLIA certification (approximately $1,200). Depending on the type of practice, it will also require specialized equipment and a space in which to house it. Physicians must make their own decision whether to purchase equipment or to lease it, but Dumas insists that leasing it is cheap and cost effective. Finally, a well-oiled Physician's office lab requires a competent staff of specially trained individuals (the number depends on the size of the lab) and a competent medical lab manager (approximate salary of $75,000 a year) to oversee the testing.

Though hefty, they're necessary expenses and serve multiple worthwhile purposes. For one, specialized staff ensures accuracy and efficiency in testing, and a CLIA certification will protect practices from any legal red tape. Additionally, by putting concentrated amounts of time, effort and resources into their Physician's Office Lab, practices make their lab more attractive to managed care organizations (MCOs) and insurance companies. Subsequently, these organizations are far more likely to give generous reimbursements when they're assured that a POL promotes customer satisfaction, emphasizes quality and generally has effectiveness and efficiency in their top priority.

While many physicians might seek to avoid what Michael Sanders MD calls the \"headache\" of dealing with CLIA, MCOs and the insurance companies, a top notch Physician's office lab has far more advantages than it does hindrances, and the financial benefits far outweigh the expenses. For example, a standard CBC test for an oncology practice usually costs around $1 to run, but the insruance reimbursement is around $10. After deducting the fixed costs of the lab, profits become substantial, even more so for tests like CEA, CA 125 and CA 27-29 which cost between $3-4 to run and receive insurance reimbursements of $20-30 each.

From simplifying the overall patient experience to whipping together an ancillary stream of income for a practice, it's win-win on all counts. \"A practice is at its most efficient, when it's generating revenue,\" says Tim Dumas. Though it will take effort to get started, the returns will come quickly and practices will come upon their destination, be it financial success, an increase in disposable revenue or a better patient experience, much quicker and more seamlessly with one than without.

Chesanow, Neil. \"Business of Oncology: An Office Lab Can Turn a Tidy Profit.\"Medscape. 22

Wolfe, Marleen, and Gary Wolfe. \"Physician's Office Laboratories: How Viable Are They?. 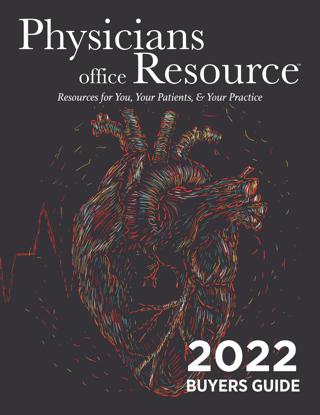