3 Tips From An Attorney To Avoid A Medical Malpractice Lawsuit

Twenty years of defending doctors and hospitals in medical malpractice cases has made me into a nervous patient. When you see the worst, you look for it. At least I do. That’s why when I was scheduled for a minor elective procedure, I was nervous. I set aside the day, canceling all of my depositions and planning to spend the day on emails and phone calls. My specialist’s office texted me to confirm the procedure date, which was a week away. Then I received an email from her office with the same date, but a different location. This made my med mal antenna go up, but I told myself to chill.

In the days leading up to the procedure I was traveling from NYC to San Francisco to teach, so when I hadn’t received any instructions I planned to call the specialist’s office the day before the procedure. When I did, the assistant informed me that my procedure was scheduled for that day, and to begin in an hour. Since I was in the green room at Dr. Oz at the time, this wouldn’t do. I told her that they had confirmed, by text and email, that the procedure was tomorrow. She didn’t apologize, but did reschedule me for one week later, on a Wednesday.

I asked her to send instructions for the prep. When I didn’t receive them by Friday morning, I emailed the office and asked for them. In response, I got an email with a messily scanned page of instructions. They said I couldn’t take Advil for a week before the procedure — I had taken Advil that morning. They said I needed an escort to and from the procedure — I hadn’t planned for that. I called the office, and the assistant said that I didn’t really need to avoid Advil and I didn’t really need the escort. I canceled the procedure. It was all too disorganized, impersonal and messy.

Minutes later, the doctor called me. She was very upset that I’d canceled my procedure because it messed with her schedule. I tried my best to remain professional in response to her unprofessional behavior. I wanted her to understand something. “Doctor, if I had any sort of complication as a result of this procedure, you’ve provided any good attorney with a way to pursue a case.”

I once heard a medical malpractice attorney who represents patients give a talk. He said “I look for damages. If there’s damages, I will take the case. I’m a good lawyer. I can create liability.”

Doctors make it easy for lawyers to create liability when they lack perspective, when they don’t have systems in place, and when they are just plain messy. Studies show that there is very little correlation between true negligence and lawsuits. I believe that the best way to avoid lawsuits is with better perspective and better systems. After 20 years of defending doctors, I know how to avoid lawsuits. If I were this doctor’s attorney, this is what I’d tell her.

My specialist clearly did not have a system in place. Systems save lives, as anyone who has read Atul Gawande’s “The Checklist Manifesto” could tell you. But systems also save doctors from lawsuits. If, after all of the issues I described above, I’d had a complication during my procedure with my specialist, the jury wouldn’t like to see the lack of a system to ensure the patient didn’t take Advil and did get home safe. More importantly, the fact that I didn’t get the instructions until five days before the procedure could have caused a complication. If I bled as a result of the NSAID, or fell on my way home, the doctor would arguably be responsible. The assistant’s instruction that I didn’t need to follow those instructions also could have caused a complication. I kept notes on our phone calls — I bet she didn’t. When you don’t have a system, and you don’t have documentation, you do have a problem when it comes time for trial.

Had my doctor seen things from my perspective, she never would have called me to berate me for canceling. I was frustrated, nervous and confused. Now I was mad. And mad patients sue doctors. Wendy Levinson has been on the forefront of the work that shows us that patients sue doctors who don’t communicate well. Frustrated, nervous, confused patients are just looking for some empathy. If a doctor can’t put herself into a patient’s shoes, she is going to have trouble at trial when she has to put herself in a juror’s shoes. And she is far more likely to find herself having to do so.

I don’t mean wash your hands, though this goes without saying. I mean don’t be messy. When I have to defend a doctor with missing notes, inconsistent practices, and undocumented phone calls, I know I’m facing an uphill battle. Messiness gives the patient reason to be upset, and it gives the patient’s attorney so much to play with in establishing a case. When you’re messy, you are making the patient’s attorney’s job fun.

Defensive medicine adds $45 billion to the cost of health care. Doctors are ordering more tests, and doing more procedures in an effort to avoid lawsuits. I’ve defended doctors for over 20 years. I love and respect health care providers, but I know better than almost anyone how human they can be. And I know that small fixes can make a huge difference. Get a system, put it in place, and stick to it. Get perspective, be empathetic and communicate with your patients. Get clean, and don’t allow your practice to be messy and disorganized no matter how busy you may be. This is the best type of defensive medicine, and it is free. 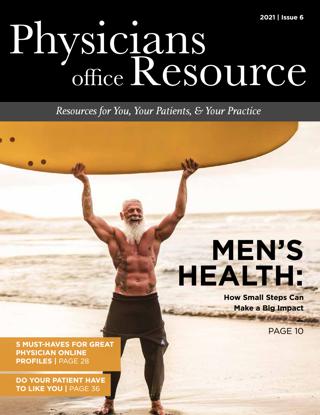