by David Kliff of the Diabetic Investor

The statistics are startling, even with all the improvements in diabetes therapies and devices, almost two-thirds of patients are not achieving good control. For years diabetes researchers, those in the diabetes industry and academia have struggled to understand why after the billions spent there has not been an improvement in patient outcomes. Yet if you ask any primary care physician, endocrinologist or diabetes educator they consistently note the reason more patients are not achieving good control comes down to one factor; therapy compliance. As one very respected endocrinologist once said; “Things would be very different if patients took their meds as prescribed.”

The problem with therapy compliance does not discriminate between patients with Type 1 or Type 2 diabetes. It’s widespread throughout the diabetes population. Now there are multiple factors that contribute to non-compliance. These factors can be socioeconomic, i.e. the patient cannot afford their meds. Still if you ask patients one of the biggest issues is the complexity of their therapy regimen. Keep in mind that a vast majority of patients are not just taking medications for diabetes but are also taking a plethora of pills for other conditions. As we have stated many times managing diabetes is 24x7x365 job with no days off.

Thankfully over the years drug companies have recognized that the less frequently a patient has to take their meds the more likely it is they will take it. One class of medications where this has played out is GLP-1 therapies. The first FDA approved GLP-1 was Byetta which was administered twice daily, next came Victoza a once daily injection which has now been followed by Trulicity and Ozempic which are once weekly injections. Not surprisingly with each improvement in administration GLP-1 usage has grown.

The one thing missing until recently has been an orally administered GLP-1. The first orally administered has now arrived with Rybelsus. This once daily pill has the same benefits as the injectable GLP-1’s. However before starts jumping it should be noted that are drawbacks with Rybelsus as it has a rather complex dosing regimen. First it must be taken on an empty stomach, it also cannot be taken with too much liquid and once taken the patient cannot eat or drink anything for at least 30 minutes.

So far, remember this drug has just hit the market, these obstacles can be overcome by taking the drug when the patient awakes every morning. Novo Nordisk the maker of the drug has also recommended the patient use a small glass of water. The general consensus has been by taking the drug in the morning this satisfies the empty stomach requirement, the small glass the liquid requirement and since the pill is taken in the morning after the patient awakes it then left to patient to wait 30 minutes before having their morning coffee.

Given that Rybelsus has only been available for a very short period of time it is too early to tell whether this rather complex dosing regimen hinders patients from using it.

A very promising yet unapproved approach to GLP-1 administration is having the drug administered via an implantable micropump. Intarcia Therapeutics was the closet with this approach but has run into issues getting the delivery device through the FDA. The company is currently navigating the FDA process. Thankfully Intarcia is not the only company working on this approach which to us anyway is the most promising.

Using the Intracia system as an example here’s why, as once inserted the patient does nothing, there is no possibility, barring a malfunction, that the drug is not administered.  No shots, no pills the drug is continuously delivered. Again using the Intarcia system as an example the insertion procedure is simple and painless and the micropump is replaced every six months. Patients in the Intracia clinical trials noted how life changing this technology was many noting that not only how their outcomes improved but also how their daily lives improved.

It remains to be seen whether Intracia will be successful in their efforts to work with the FDA. However as we noted Intarcia is not the only company working on this type of technology. Although we cannot guarantee such a system will be available anytime soon to us it’s not a question of if this will become available but when it will get here.

GLP-1 therapy offers several compelling advantages as noted earlier and as also noted more improvements are on the way. Yet the most compelling case for GLP-1 therapy is that it has the potential to solve the biggest obstacle standing between patients and better outcomes, therapy compliance. 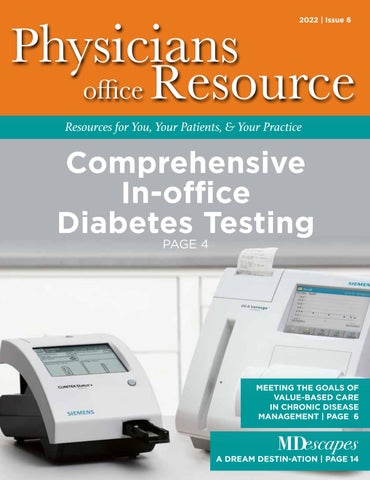